The Internet started as ARPANET, a 1960s defence force project in the US which had the objective of connecting several super-computer sites in the country with one another so that if any one of them was destroyed by a nuclear explosion, for example, then the remaining computers would continue to function. 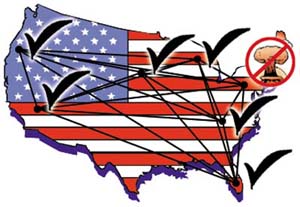 This early, geographically-dispersed network proved to be so successful (remember, this was in the days when computers were large unwieldy creatures that often ‘crashed’ without the help of explosions of any kind), that soon other large computer sites located within universities, government departments and large corporations began linking to this network.

As this network grew, so its benefits and advantages quickly became apparent. Academics, officials, technicians and scientists could communicate with each other quite easily and were readily able to share information. It increasingly attracted the attention of organisations outside the US and as other countries joined the network they helped it grow even faster.

This internationalisation of the Internet helped give its name – an INTERnational NETwork; hence Internet. 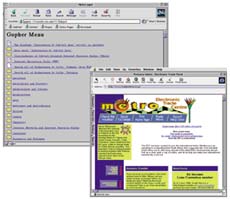 Of course, with improved technology and supporting infrastructure, the Internet eventually became available to smaller computer networks and to individual users. From being an unfriendly, command-driven environment, the Internet was friendly to use. The advantages of having huge amounts of information available at your finger tips and accessible in a user-friendly way, helped in attracting the large numbers of users that we see on the Internet today, already numbering in excess of 670 million.