The Internet! The fastest growing phenomenon in history

In recent years it has been almost impossible to pick up a magazine or newspaper or to switch on your radio or television and not read, hear or see something about the Internet or its sibling brother – the World Wide Web. Is the fuss warranted?

According to the most recent study undertaken by the United Nations Conference on Trade and Development on e-commerce and development, there were an estimated 676 million Internet users throughout the world in 2003. This is a significant number – it represents approximately one tenth of the world’s population and translates into a massive potential global audience for businesses around the world to reach out to. The report points out that this figure grew by 7,8% from 2002. What is significant is that the growth of the Internet seems to be slowing down, especially if one considers that it grew by 26,36% from 2001 to 2002 and by 27,96% from 2000 to 2001. While this might suggest a saturation of the market, one should bear in mind that infrastructural constraints are most likely curbing the growth of the Internet in many developing countries that have large potential Internet populations but that do not yet have the means to access the Internet. This, in turn, suggests that in developing countries (such as South Africa), attention needs to be focused on developing the necessary infrastructure that will bring the Internet to a greater number of the citizens within the countries concerned.

As far as electronic commerce (commonly referred to as e-commerce) is concerned, measuring the value of the e-commerce sector has become a serious problem. The most recent annual UNCTAD E-commerce and Development report refers to the “ rarity of statistically significant measurements of the value of e-commerce transactions in most countries, and particularly in the developing world.” Indeed, in the most recent report (2004), UNCTAD refrain from providing any global estimates of e-commerce values and growths. 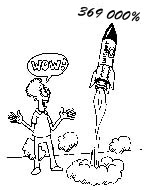 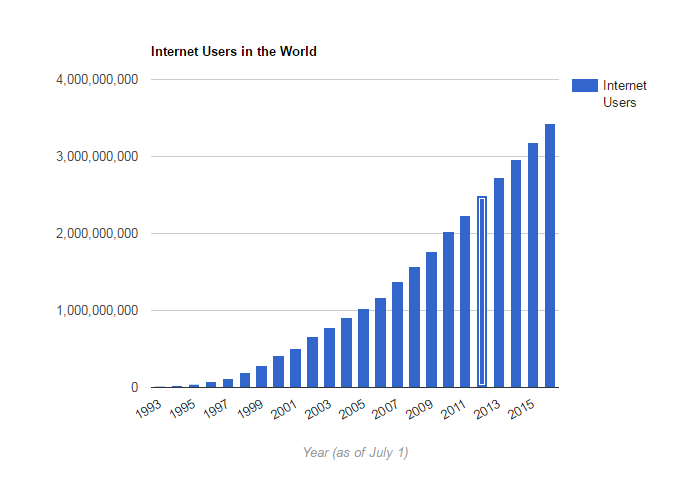 Add to this an estimated online population in excess of three billion people by 2018, then it is not surprising when it is said that the Internet (or simply, the Net) is the fastest growing phenomenon in history. Interesting you may say, but what in fact is the Internet? Go to Defining the Internet.

“In the new millenium there will only be two types of business; those on the Net and those out of business”Bill Gates